Who Else Wants Relief from Acute or Chronic Pain?

Is Shockwave Therapy the Answer? 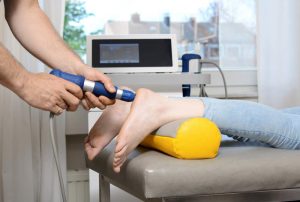 Shockwaves were initially used in the treatment of kidney stones and it has now become a first-line intervention for the condition. This is because in the process of experimentation with the treatment, researchers noticed that shockwaves could have an effect on bone. A series of experimental investigations later revealed that shockwaves had a healing effect on cartilage, bone and associated soft tissues. This resulted in what is now becoming an intervention of increasing popularity not only in the treatment of fractures but also injury management. Today, the procedure is employed to deal with different types of soft tissue problems and other long-term problems in fascia, tendons, muscles and ligaments.

How does Shockwaves work?

A shock wave is an intense, short energy wave that moves faster than the speed of sound. They are typically characterized by:

The wave carries high energy to painful areas and myoskeletal tissues with acute, subchronic and chronic conditions. The energy accelerates the healing process by activating the body’s self-healing abilities.

Phase one is the direct effect of the shock. Mechanical pressure causes extracellular cavitations which in turn ionizes the molecules increasing cell membrane permeability.

Phase two is the physical-chemical phase which involves the interaction of biomolecules with diffusible radicals. The waves may affect mitochondria and lysosomes and interfere with metabolism in the cell, increasing their activity to promote healing.

Phase three is the chemical phase which may be accompanied by molecular changes and intracellular reactions. When cavitation occurs, a high temperature is developed leading to the development of radicals.

While shockwave therapy has been demonstrated to be effective in managing pain, the analgesic mechanisms of the therapy are yet to be identified. However, various hypotheses have been proposed. Some suggest since shockwaves increase membrane permeability it causes small capillaries in tissues to rapture, increasing growth factors in those areas. It has also been suggested that shock waves stimulate fibroblasts for connective tissue healing and osteoblasts for new bone production. Another hypothesis is that shock waves reduce the effects of Substance P neurotransmitter, therefore, reducing pain.

Conditions That Can Be Treated by Shockwave Therapy

Shockwave therapy is a non-invasive but powerful treatment that has become popular for musculoskeletal intervention. Unlike traditional surgical methods, the treatment has few potential complications and a fast return to normal activity. If you have a musculoskeletal injury or disorder, consider booking an appointment with a physiotherapist at Turramurra Sports & Spinal Physiotherapy. We offer shockwave treatment sessions that’ll help eliminate pain and restore full mobility. 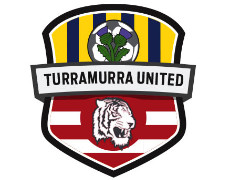